Sooooo mucho fun on Saturday!!! I went to a skate park with Lily and it turned out to be a surprise b-day party for me :) Stew was there with his bf Gee, who tied a multi-coloured feather boa around my waist and placed a pretty glitter tiara on my head and called me "glitter princess"and Maria brought a box filled with yummy hippie cake in psychedelic colours and a cute hippie van on top. Even the skater guys came over to wish me a happy b-day and they put on a way super cool show for me with all their skater tricks..it ruled!! It was freezing cold outside but all this fun just made me warm inside. Then Lily kept on discussing her body problems..UGH! LOL! She was loud too and one of the skater boys that she has a mad crush on overheard her say that she wants bigger boobs and Stew told her that she should eat lots of peanut butter coz apparently that is the natural way of making them look big and she was all red in the face coz that skater boy was grinning at her and giving her the thumbs up..gawd, boys!! can't they think of other things other than female parts? Anyways, that totally shut her up tho. I got some groovy gifts, including this from Lily.. 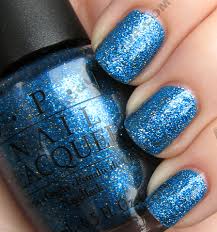 Opi's Absolutely Alice nail polish..i loove it loads!! Stew got me Valley of the Dolls book which i've been after for eons!!
Then after finishing off the entire cake (Lily even brought plates and forks), we headed to the cinema to see the film "The Runaways" which was soo good!! It's based on the 1975 all-girl band that had Joan Jett in it and their biggest hit was Cherry Bomb which was on the "Dazed N Confused" soundtrack.

I liked Dakota Fanning as Cherie Currie but i'm not a fan of Kristen. The only really big problem i had with the film is that that actors sang The Runnaways songs and i wouldn't run out and purchase the soundtrack coz there's only 1 song by The Runnaways on it, i'd rather try to get their original albums then listen to whiny screeetchy voices of Dakota and Kristen..yeesh! But it was a fun film tho. I was sad that Maria couldn't make it coz she had to babysit her cousins.

Tomorrow is my b-day and we might be going cosmic bowling, the place where they have lots of cool video games like guitar hero, and rows of pool tables, and they have a big picture of Jim Morrison on the wall and they play all sorts of music from the past. Should be fun! Oh and i got a package from Angela, my friend in Scotland. She got me a pretty butterfly keychain. I mailed out her b-day gift coz she shares the same birth date. Freaky!!